When we were thinking about how to tackle this project, Lucy brought up the point of how the fact that the sonar sensor is made up of a receiver and an emitter could cause an imprecision in the value measured by the sensor. Essentially, the idea is that since the sensor does the average of the time that the emitted sound takes to get from Emitter to Object and Object to Receive to calculate a distance, there would be measured distance would be different based on the object’s position relative to the sensor, as shown in the following graphic. 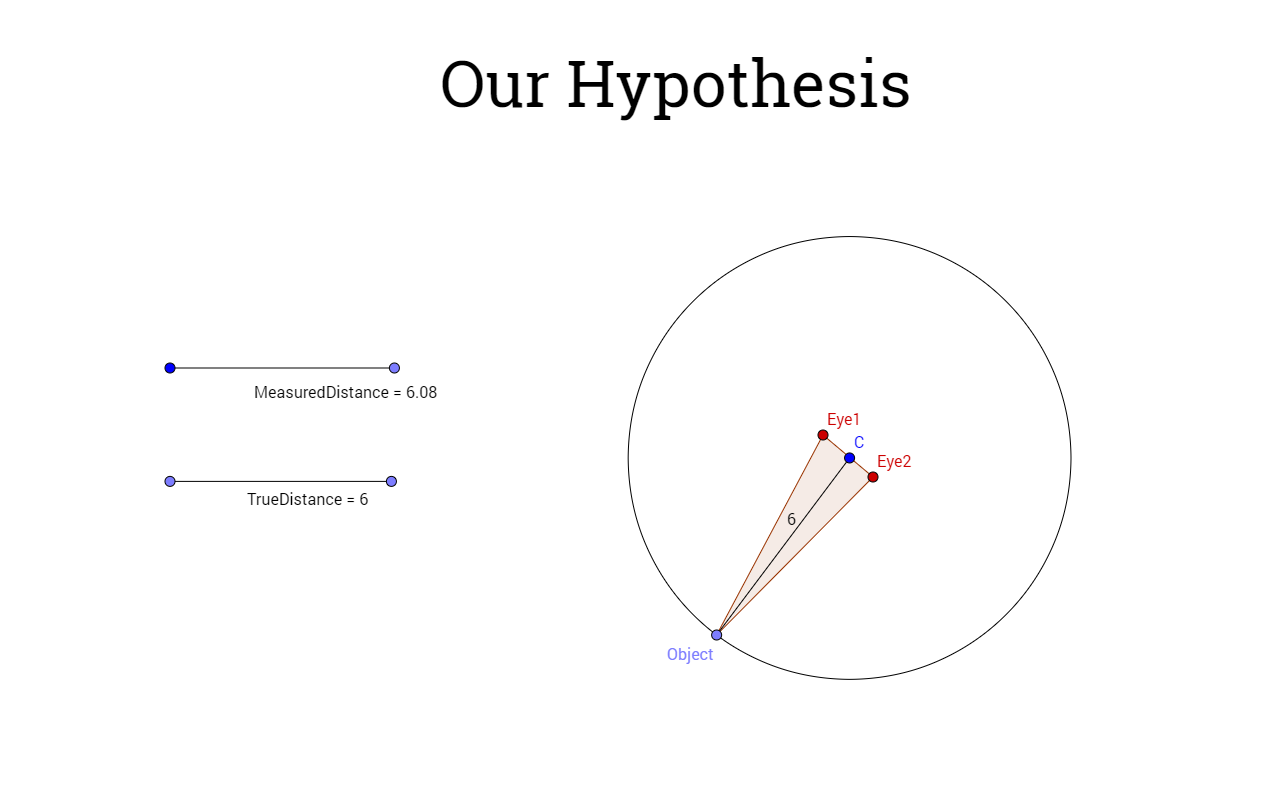 As a result, all our testing was done through the lens of whether or not the sensor took into account the fact that i was made up of two parts. In order to investigate this, we decided to take a pencil with paper attached as an object, and move it around the circumference of an ellipse, the foci of which were the “eyes” of the sensor. The reasoning being that if the sensor didn’t take into account the placement of the eyes, the measurement shown would be constant along the circumference.

Immediately, we realised that the sensor seemed to not always pick up an object placed in front of it, or when it did, showing a value which fluctuated between about  ± 2cm. Additionally, by measuring the angle formed between the object and the sensor, we were able to determine that the field of view is about 30 degrees on either side of the sensor, conically.

There were also some things which we happened to just notice about the behavior of the sensor:

All of our testing provided inconclusive evidence. The imprecision of the sensor, and of our own methodology prevented us from be certain of there being any real effect. However, if we were to make an assumption based on our collected data, if would be that either some countermeasure had been taken in order to correct the imprecision caused by the 2 parts of the sensor, or simply, the effect does not have a large enough impact to be measurable.